To begin, my reasons for writing these few lines:

“Cover up” meaning, by the Merriam Webster Dictionary: an action or a way of behaving that is meant to prevent people from knowing about something.

Perhaps the first thing I should say is that “cover ups” by the ruling classes have existed for thousands of years. I believe the term became more relevant with the advent of modern Media and, with it, how easy it became to expose information that was once relatively easy to conceal.

There are thousands of recorded cover ups that, eventually, became of public knowledge. An example? Operation “Buster”: a 21 kiloton nuclear test conducted at the Nevada Test Site in November 1951. It was the first US nuclear field exercise conducted on land. Troops shown are a mere six miles from the blast. As it started to become obvious that the illnesses that the soldiers started  suffering from (namely leukemia, lymphoma and thyroid cancer) derived from these experiments, a cover up was set in motion. 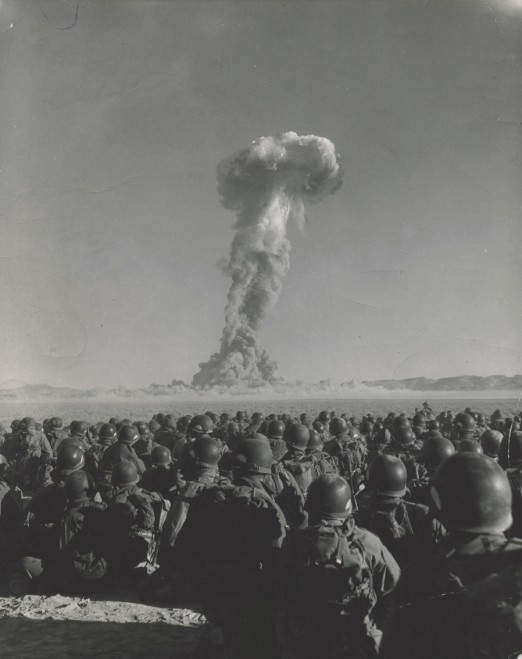 More recently, Edward Snowden, a former intelligence contractor has leaked the very first documentation that proves the existence of clandestine black budget operations (or “Black Ops”): programs that are extremely classified dealing with technology, information and more. (link below).

Some operations cannot afford to be as secretive as “Black Ops”, due to the visibility of the means used (people, vehicles or vessels), such as in operation Highjump, the subject of the next post from the series “III Reich in Antarctica: the key to unlocking the Future?” For these, there must be a public agenda and, additionally, a not so public one.

“Sceptics” like to point out that they use scientific methods when approaching controversial subjects, such as cover ups theories, often quoting Carl Sagan or even Occam ’s razor: “where there are competing hypotheses to explain the same facts, use the simplest.”

Although this might be true for science and most occurrences in nature, where things tend to have a “mathematical” explanation, it’s not so when analyzing cover ups. In fact, those in charge of planning cover ups are counting on such analysis. I believe that is one of their primary concerns: coming up with a simple and logical explanation for what happened to “feed” the general public. And the sceptics eat it like champs.

The second strategy that appears to be connected with weaving a cover up is quickly making the subject ridiculous by creating what came to be known as misinformation:

Definition of misinformation, by Oxford Dictionaries: “False or inaccurate information, especially that which is deliberately intended to deceive: nuclear matters are often entangled in a web of secrecy and misinformation”

Funny that Oxford uses nuclear matters as an example. You’ll get front row seats for these in the fourth post from the series “III Reich in Antarctica: the key to unlocking the Future?”, when we get to Operation Argus.”

Let’s take UFO sightings as an example. I’m deliberately not taking sides here since this is not the subject of this study. Let’s consider, for a moment, that there was evidence – say, by the government – that several sightings in some small town could actually not be a hoax. The information is spreading rapidly and someone has to put a stop to it.

Step one: create and communicate logical explanations for each of the sittings, especially the most public ones, be it a naturally-occurring ball of fire or a weather-balloon experiment.

Step 2: create misinformation, like silly news, silly videos, with cheap effects so that, soon, the whole idea gets a “ludicrous” aura around it. Not only people will stop talking about it but also, if someone else experiments a “UFO siting”, he/she will think twice before going public with it.

It may come as a shock to you (or probably not) that governments actually like conspiracy theories and have often created them out of nothing. This goes back to emperors and kings. You see, it’s an historical fact that keeping people’s minds busy distracts them from thinking about more serious down-to-earth matters, like hunger, unemployment or even supporting an uprising, a “Coup d’etat” … basically any social issue could serve as an example here. If kept under control by the ruling class, it’s the textbook example of turning a liability into an asset.

If we exclude selfish/corrupt reasons and stay with the “greater good” ones, those would be:

A cover up may also mean not disclosing what actually happened. Or not declassifying certain documents when they should’ve long been declassified.

The next issue I’d like to address is that there are several levels of secrecy regarding government/military operations. You probably guessed as much and you were right. By this I don’t mean just “Restricted” and “Classified” documents. I mean there are actually two (or more) sets of documents, for operations with a black agenda:

If you think about it, had to be this way. Say, operation Highjump by the US Navy or the Roswell UFO incident: these operations had to have an official “classified” report available to A-Clearance personnel but, then, they had to have an actual eyes-only report on what really happened.

Let’s not forget that when we talk “A-Clearance personnel”, we are talking about hundreds of people that would have had access to the information and that simply wouldn’t have been acceptable.

To those who research (formerly) classified operations and “mysteries in history”, it’s very hard but not impossible to get your hands on classified/restricted documents but it has been impossible to get eyes-only reports. Even when declassified, they look like this: 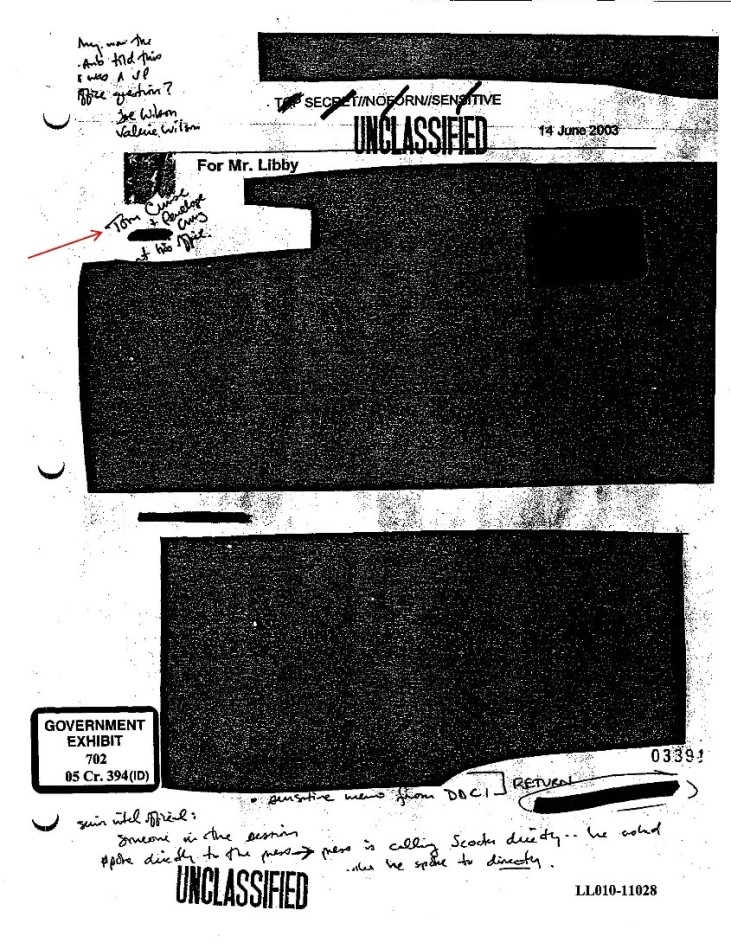 This is just an unrelated example. But this would be the sort of document where you’d expect to find UFOs and Aliens explicitly mentioned. I wouldn’t be surprised if Mr. Snowden had access to some of these in a more readable format. Maybe he’s sensitive to the argument that revealing certain information could have a profoundly negative impact in the Status Quo of things.

That said, it doesn’t mean you can’t find intriguing information in declassified confidential/restricted documents. Actually, quite the contrary. You see, there’re resources, like naval resources, that can’t just be hidden and then there’re discrepancies. Most of them are almost obvious – some are actually obvious – when put in context, they’re as close as a “smoking gun” as we’re ever going to get. I’ll say this much: you won’t need to use your imagination to see that something’s not right in the upcoming posts related to Operation Highjump and Operation Argus.

This notion is somewhat complex to explain (my fault, certainly) so I’ll make use of an example: the conspiracy theory involving the moon missions being a hoax, conducted by the US Government. Again, I have no reason to believe these were a hoax – I personally don’t think they were – plus this is not the focus of this study. I’m using this theory merely because it might be the best way to explain what “Needle Eye” is.

One of the justifications sensible people use to justify that the Apollo missions to the moon could have never been a hoax is because they involved hundreds of thousands of people and they couldn’t all be in on it. This looks like a solid argument – as solid as they come – and it might, on its own, resolve the discussion.

Except for one thing: Needle Eye.

There’s a huge Needle Eye in this mission. A weak point, a blind spot if you may. You see, there’s a moment in this mission when all these hundreds of thousands of people see is what is showing on their screens. Just imagine that the 3 astronauts, instead of going to the moon, just orbited the Earth for 8 days and then returned to Earth. To us down here, all the evidence we’ve got was low-quality video and, even upon their return and the times that followed, little more than that. Of course there were other moon missions and that would mean getting more people on board. It could take as little as 20 to 100 secret service personnel plus all the astronauts involved, each learning of the truth just days before the launch. Personally, it don’t think it happened like that but there was plenty of motive and justification to use all those means. And, in my opinion, it would have been feasible.

A similar situation could have happened in Operation Highjump. With all the people involved and the harsh environmental conditions in Antarctica, not all would have stood witness to what was going on (not at all times, at least) and, if there was in fact a hidden agenda – and all points that way – that could have easily been hidden from certain individuals, like reporters, since most were confined to the ships in which they were in. Plus most operations would have taken place a long way from where the expedition convoy was stationed.

Operation Highjump will be the subject of our next post from the series “III Reich in Antarctica: the key to unlocking the Future?”

I hope this information was helpful.

Previous posts on the subject:

#thefutureneedsyou #futureman “Future Man” You guys ready for something different?