The reason why Operation Argus is under discussion here is due to the hypothesis we’ve been persuing that:

Also that Operation Argus here – allegedly, a series of US atmospheric nuclear weapons tests, in 1958 – was the best way the allies could find to neutralize such a threat from a distance, in a swiftly and decisively fashion.

More information on this in previous posts (links on the bottom). All the documents and figures are gathered in the bottom, along with aditional pages

Here, today, we’re going to check out a classified “Operation Argus” report and take a brief look at the treaty that would regulate nuclear tests in Antarctica. 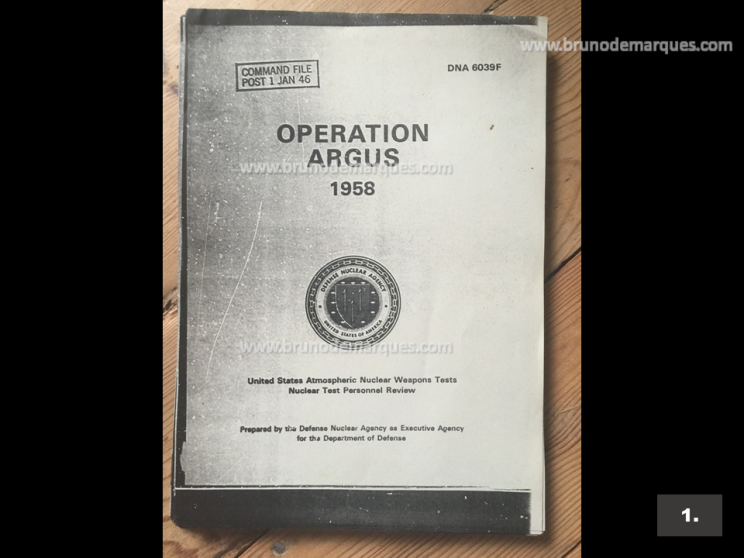 Argus was a series of United States nuclear weapons tests and missile tests secretly conducted during August and September 1958 over the South Atlantic Ocean. It consisted of three very high altitude test shots – three modified X-17A missiles armed with 1.7 kt W-25 nuclear warheads (below) to investigate the effects of nuclear explosions outside the atmosphere (bursts between 120 and 300 miles).

In particular, how the charged particles and radioactive isotopes released would interact with the Earth’s magnetic field, which could potentially interfere with radar tracking, communications, and the electronics of satellites and ballistic missiles (Fig. 6.b. e 6.c.) 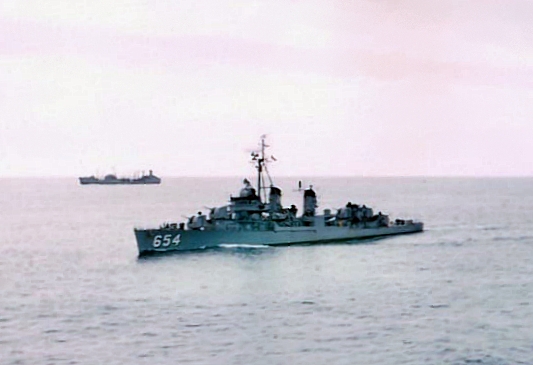 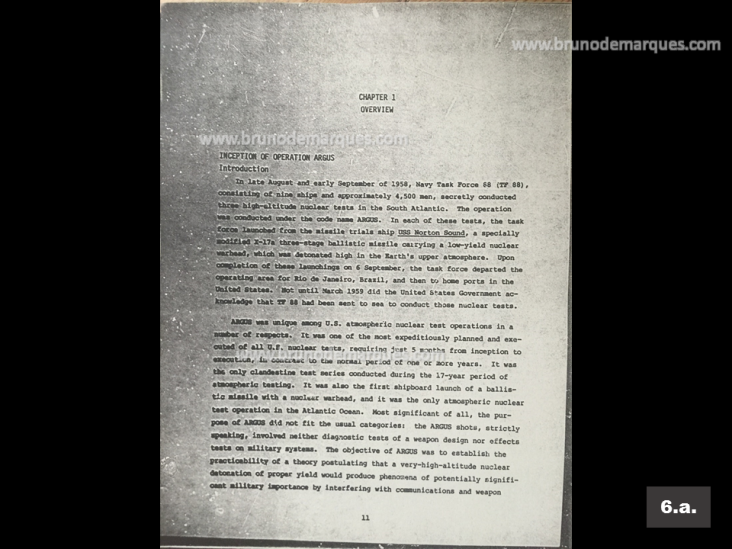 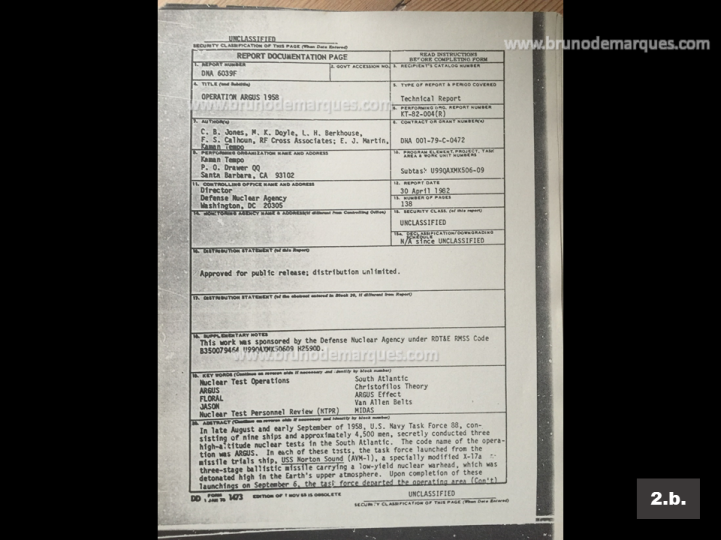 So, basically, what this report’s saying is that:

That makes a lot of sense.

According to the charts (Fig. 7.p. and 9.), the operation took place between 1,400 and 2,200 miles north of the Dronning Maud Land coast – the German III Reich territory in Antarctica – and involved shooting nuclear ballistic missiles “straight up” and, apparently, for rather murky reasons. The Mach-13-capable missiles could easily make the distance. And, accepting the official scenario, people aboard getting contaminated by nuclear fallout is utterly inexplicable. Unless Task Force 88 was much closer than they care to admit. 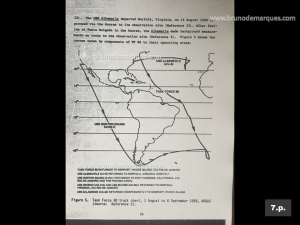 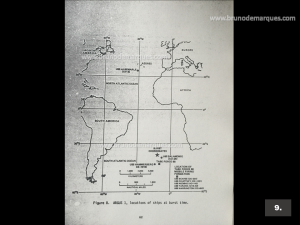 But okay. Let’s move on.

Article 1 of the Antarctic Treaty reads “Antarctica shall be used for peaceful purposes only. There shall be prohibited, inter alia, any measures of a military nature, such as the establishment of military bases and fortifications, the carrying out of military maneuvers, as well as the testing of any type of weapons.”

By “weapons”, it means “nuclear weapons”. This is a fact and, therefore, not under discussion here.

This is funny. Let me ask you a question:

Do you think that there would be a law preventing, say, whale hunting in the South Atlantic, if no one had never hunted whales in that region? Or that metal-detectors would’ve been installed in airports (and schools) if there was never some kind of incident that would legitimate such measures, such laws? I don’t know about you but I’ve never seen it happen. Not once.

Well, this is what’s happening here: The Antarctic Treaty’s first order of business is forbidding something THAT NEVER HAPPENED. “There have never been any nuclear tests conducted over or near the Antarctica”, says a letter from the British Antarctic Survey, confirming this fact (Fig. 13 – below).

Why would the Treaty mention something specifically, when it never happened? Not even once? That’s easy: BECAUSE IT HAPPENED. I would add that it didn’t happen only once or twice. To be the nº1 topic of a Treaty, it happened often. So often, in fact, that got everyone worried. That’s when laws and treaties emerge. The Antartic Treaty basicaly and euphemistically says “No more nuclear tests in Antarctica.”

Can you guess which are the only nuclear weapons tests that have been acknowledged by a nation in the region? You’ve guessed it! Operation Argus, by the US. But how can that be? Operation Argus didn’t take place in Antarctica. It involved shooting nuclear ballistic missiles “straight up” into space, in the South Atlantic, 1.400 miles away from the alleged III Reich base location. The fact the people aboard the ships developed nuclear fallout illnesses is, apparently, irrelevant.

There are several intriguing facts about Argus. It should be pretty obvious by now that there’s a chance that this operation’s goal was to bomb the region where, supposedly, a III-Reich facility existed. A last resort measure when conventional military approaches had failed in the past, like operation Highjump. The fact that military personnel from Task Force 88 developed  nuclear-burst-close-proximity illnesses, could be an indication that they weren’t exactly where the report says they were. One can only speculate that these people could be on the ground, waiting for the nuclear bursts, to then verify that the target had been destroyed.

As part of his research, Rainer Daehnhardt sent letters to both the US and British Governments, asking about nuclears tests in the Antarctica or its vicinity. While the US government’s answer to his letter (Fig. 12) would be “Operation Argus”, the British government forward Rainer’s request to the British Antarctic Survey, that categorically denied nuclear tests in the region or its vicinity (Fig. 13). 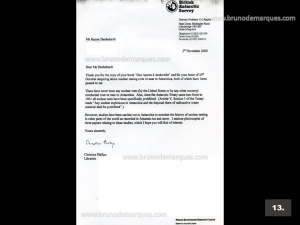 This is interesting, not only because of this discrepancy, but also because of the apparent need to not disclose information regarding this issue. As mentioned in my previous Cover Up post, this could mean that there’re ongoing operations in the same context or in the same theatre and disclosing information about past operations – even as old as this one – at this time, might compromise them in some way.

This could mean the “Allies” are still looking for them. To this day.

Previous posts on the subject:

#thefutureneedsyou #futureman “Future Man” You guys ready for something different? 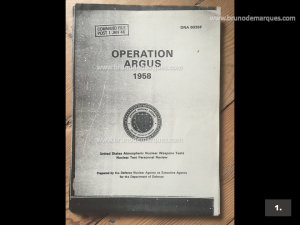 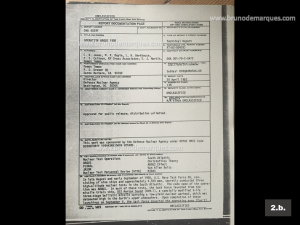 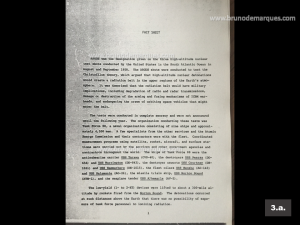 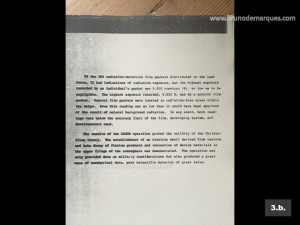 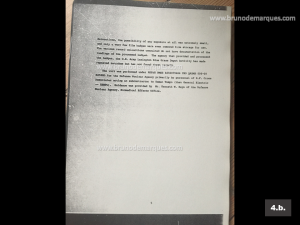 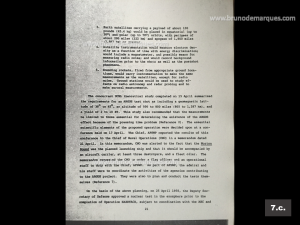 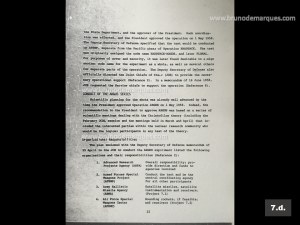 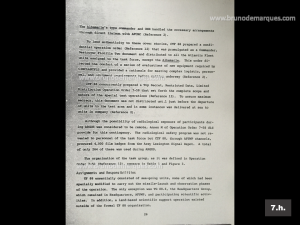 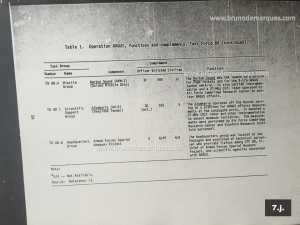 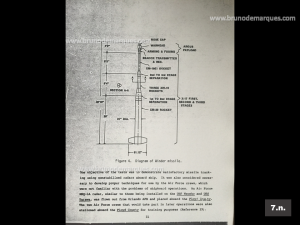 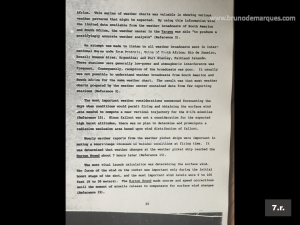 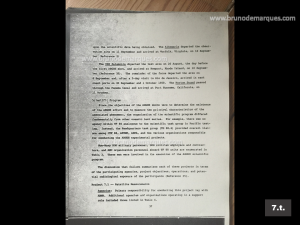 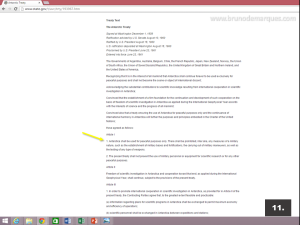