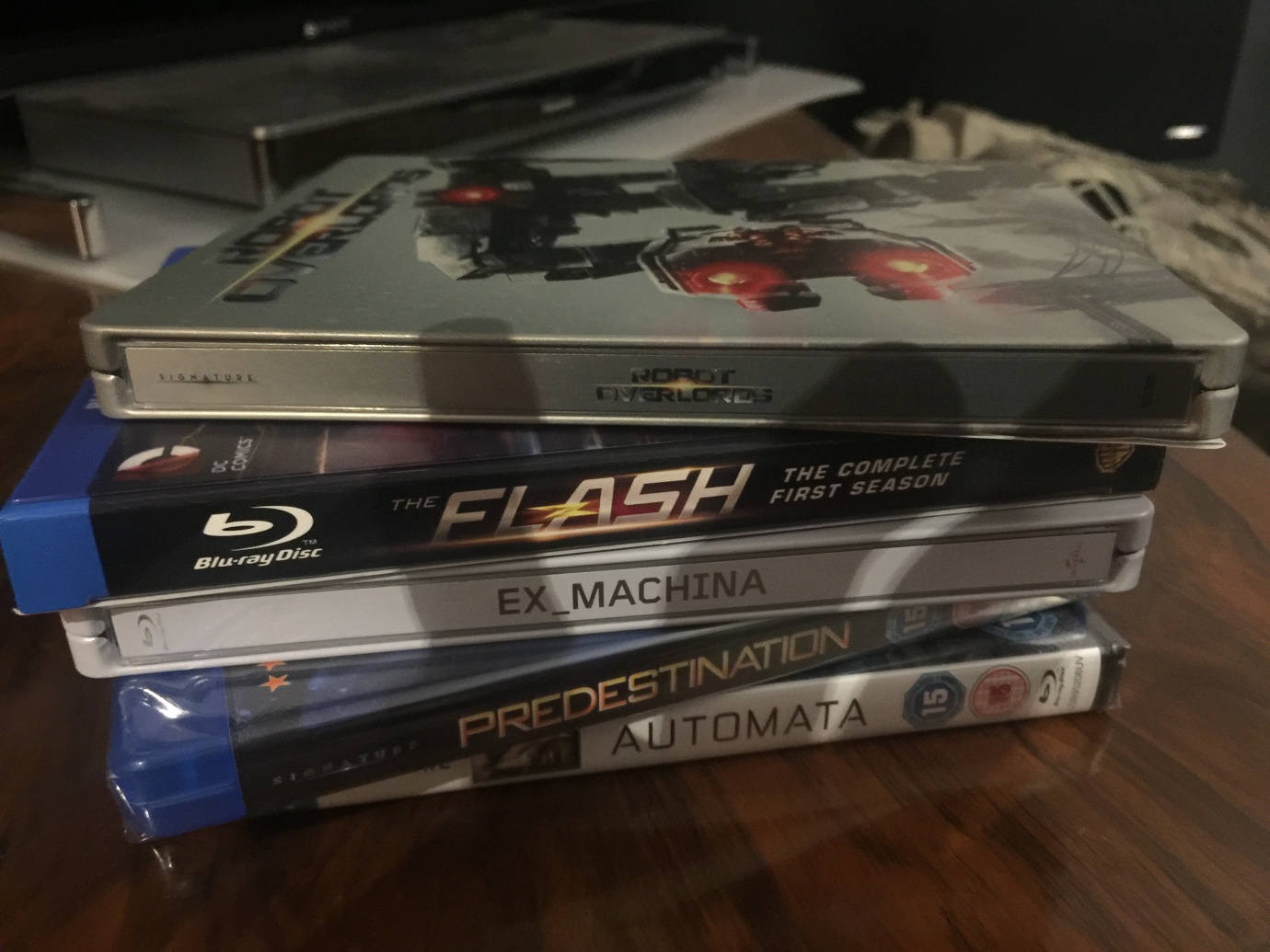 Here’s a small list of movies and TV series I’ve been curious about for some time now. They’re not what one would call “mainstream” so I thought of bringing them up here (spoiler free).

I’ve already watched “Ex Machina”, “Robot Overlords” and “The Flash” so, on these, I’ll be a bit more specific in my comments. I know very little about “Automata” and “Predestination” so I’ll just say what picked my curiosity.

Great special effects. Lavish environments. Great acting.  I got that it’s-not-for-everyone vibe but, say, psychologists and psychiatrists will find it intriguing, especially Oscar Isaac’s tech-guru underlying motivation for his creations.

Well, it’s British Sci-Fi so you get a little of that “B-movie” feel you get from “Dr. Who” and “The Hitchhiker’s Guide to the Galaxy” and the likes but it’s every bit as imaginative. Lovely young actors. I’m sure we’ll be seeing more of them soon.

I had watched the first 5 episodes of “The Flash” and it felt like the beginning of “Smallville” all over again: repetitive to the point of getting boring. But with Smallville I quickly got to love the characters, namely Kristin Kreuk as Lana Lang and Michael Rosenbaum as Lex – and so I ended up watching the entire series and loving it.

That didn’t happen to me with “The Flash”. I had dropped it for good. But then I started watching and reading these amazing reviews about it. Most said it really picked up after episode 7 or 8 and it was one of the best superhero series on TV at present. Jeremy Jahns was one of the critics saying it and I usually see things eye-to-eye with him … so I began watching it again from episode 1.

Yep, it’s that good! If you’re a fan of other DC series like “The Arrow”, you should definitely watch it. If you can get through the first 7/8 episodes, you’ll be treated with one of the best superhero series on TV today.

A must-see for superhero fans. Totally watchable for Sci-Fi aficionados.

Automata (Haven’t watched this one yet)

“Automata” has that expensive-looking filmography that immediately fills me with hope. Haven’t read or watched reviews about it yet but IMDB gives it a 6 so … I’m game.

Predestination (Haven’t watched this one yet)

Time travel is one of my favorite subjects. Hudson Hawke: great actor. IMDB is giving it a 7.4 (UAU! Just checked it.) so … Let’s go!

What if someone was to call upon himself the task of making “the future”, as foreseen by classical Sci-Fi authors, happen in our lifetime?

Walk Vincent’s path in Future Man and learn how, thanks to him, everybody will have a chance at a different kind of life.